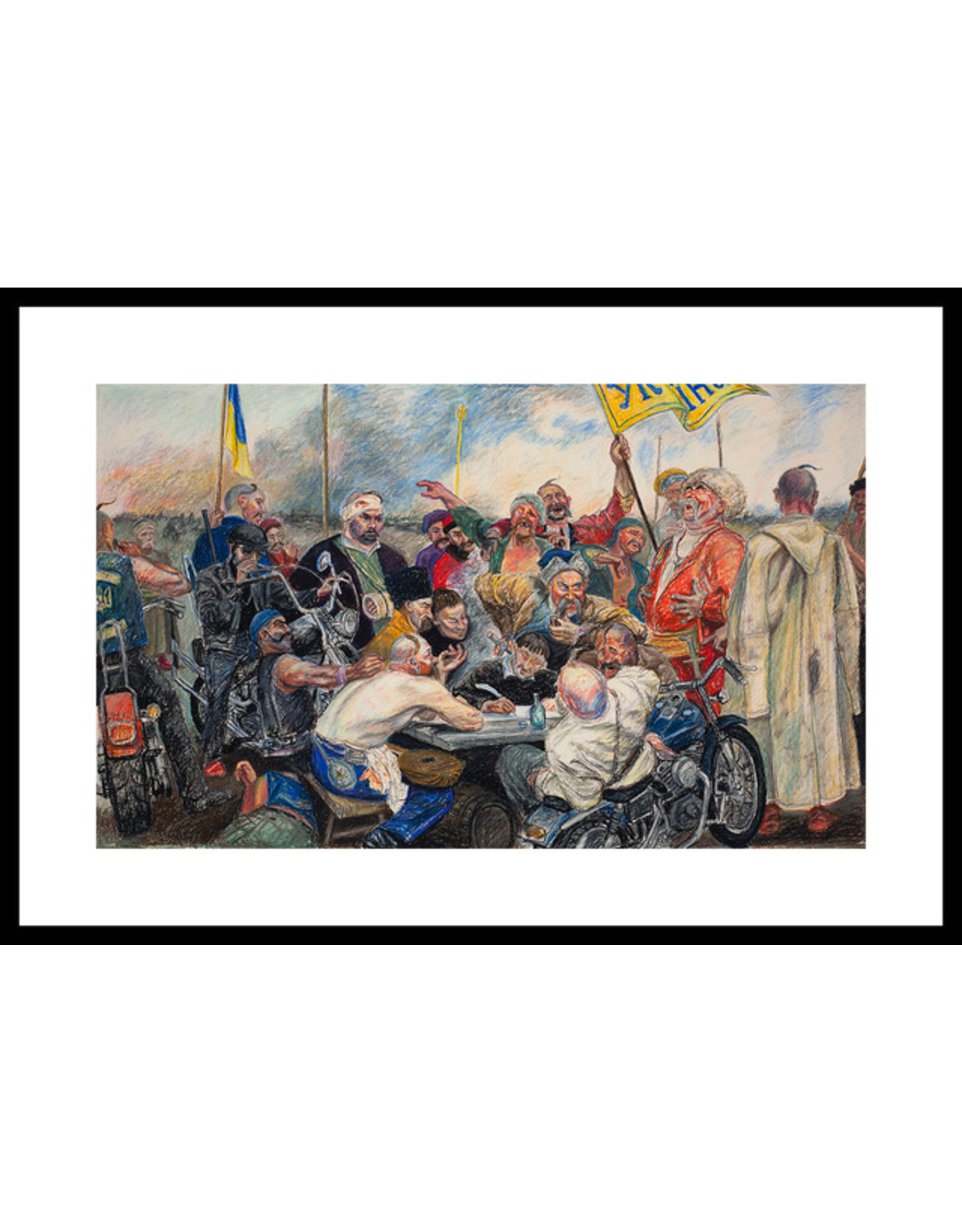 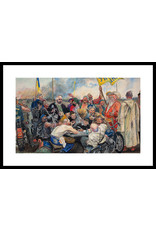 Michael Boss, of Ukrainian descent, created this artwork in 2014, after the Russian invasion of Eastern Ukraine and Crimea. The large drawing is a contemporary version of a well-known historical painting that depicts defiant Ukrainian Cossacks writing a mocking letter to a tyrant whose large army is attempting to frighten them into surrendering.

In order to raise funds to send to the Ukrainian Red Cross, Boss will partner with Winnipeg’s Martha Street Studio to print a limited edition, of 75 numbered and signed high quality inkjet prints of his drawing. Each print will be 16 x 24”and offered for $250.

Proceeds from each sale will be forwarded to the Ukrainian Red Cross who are actively helping Ukrainian civilians during this crisis. Ukrainian Red Cross’s heroic work in the Maiden protests are featured in Netflix's documentary Winter on Fire. They are battle-tested and proven.

Ilya Repin’s historic painting; The Zaporyzhye Cossacks Writing a Mocking Letter to the Turkish Sultan (1891) is related to an event in 1676 where the Cossacks met and repelled the forces of a Turkish Sultan. In response to his demands that they subjugate themselves to him they wrote a scornful reply filled with “derisory obscenities.” The image focusses on the fierce Cossacks, gathered around a makeshift table just beyond the battlefield, laughing and trying to top each other’s insults to be included in the letter. Boss’s version features Ukrainian Kozak bikers employing equally colourful language in a letter to Putin.

Michael Boss is an artist and educator living in Winnipeg, Canada. His work has been exhibited in solo and group exhibitions across Canada, in the United States, Australia, Germany and Ukraine.

Add your review
0 stars based on 0 reviews